Why Do Fighters Cut So Much Weight? 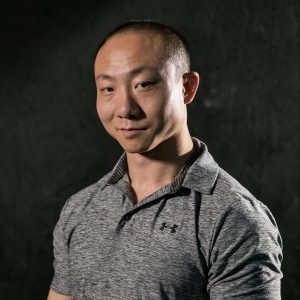 Why Do Fighters Cut So Much Weight?

This is not something that is just MMA…

Wrestlers cut a lot of weight.

But generally MMA fighters cut so much weight for these three reasons.

My coach did it, his coach did it.
The fighters that came before me did it.
So I’m going to do it.
No rhyme or reason to it.
But since everybody’s doing it, it’s just become the norm.
And that’s appeal to tradition.
That’s what a lot of fighters have in their mind where they’re cutting weight

When you cut weight you have a competitive advantage, meaning you have a larger body mass than your opponents. This is the most important distinction here. When it comes to a competitive advantage usually you want to be at a higher body weight when you are grappling, clinching, when there’s some kind of way for me to impose my body weight onto somebody, that is where I will get the biggest advantage.

You’ll notice just from looking at research and looking at just generally how things are, boxers and strikers will cut less weight than grapplers, wrestlers and MMA fighters. And then may has, obviously everything has got striking grappling, jiu jitsu stand up, clinch, fence. And so there is a lot of things in MMA and where I will be putting my weight on my opponents. So in NMA, one of the reasons that they cut so much weight is because of that advantage. The ability to impose their weight on their opponents. And this is why also you’ll see in wrestling that the bigger, the bigger man usually is going to win assuming the skills are the same. In boxing it’s a little different because there are things such as speed and cardio, it means a lot more in just a pure striking art. So in striking you’ll see a little bit less of this weight cutting, but for MMA, genuinely they do it for the competitive advantage. That’s the second thing that that we’re going to talk about.

The third is this is also very common and this is also a good reason to cut weight is a fighter is in between weight classes or they’re specifically undersized for the higher one. So if I have a fighter who’s like, he’s like 5.9, But they’re could fight like a 205 so light heavyweight. I would say that if they could go to the lower weight class, they should because at 205, you don’t see too many fighters that are 5.9 even that 185, you don’t see that many fighters that are 5.9. So this is the case where when you’re under sized for a higher weight class, you genuinely want to go to the lower way class where you will be more situated to kind of have a better outcome you don’t see fighters that are super short that are in the heavier weight classes. I mean, that’s just how things are. So why did you fighters cut so much weight appeal to tradition, competitive advantage and then they’re undersized for the higher weight class.

How Much Weight Do MMA Fighters Cut?